The Fourth Amendment and DUI Tests

Will the fourth amendment protect DUI suspects from being charged with an offense if they refuse to submit themselves to a breath, blood or urine analysis? It seems that the U.S. Supreme Court may be considering making a ruling that could have a major influence on DUI defenses nationwide.

At present, the situation varies across the different states, but generally, the law in Florida is similar to many other states in that if a person refuses to take a test for alcohol content, then they are liable to lose their license and the fact they refused to be tested can be used against them if the case goes to court. In fact, in most states, a driving license is issued under implied consent i.e. a driver has no “right” to a license. It is a privilege that he or she holds and that privilege can be withdrawn if they refuse to take a test for alcohol or drugs if requested to do so.

However, all that may be about to change if the U.S. Supreme Court rules that the testing of  a suspect for alcohol or drugs is equivalent to a “search” and is therefore subject to the issue of a search warrant. This would put it on a par with the requirement to show a search warrant if someone’s house is going to be searched.

If the Court rules on the matter, it would mean that if you are stopped and requested to take a breath test, you could legally refuse to do so unless the police officers have a search warrant to back up their request. You would be protected by the Fourth Amendment in the same way as you would be able to refuse officers to search your house if they wished to do so without a search warrant.

If it was legal to refuse a test without a search warrant, it would also be illegal for your refusal to be admitted as evidence in a DUI case. As far as the driver’s license is concerned, this is a different matter as the implied consent ruling that you signed as a Florida drivers license holder still makes it a condition that you “consent’ to a test if asked to do so to keep the license. The situation with your license is more complicated. Under Florida law, a first refusal means your license will be revoked for 12 months. If you refuse a second time, you could then lose your license for 18 months and may be charged with a misdemeanor which is a criminal charge. The legality of this will also then be questionable if the U.S. Supreme Court rules on the need for a search warrant. This is because Florida courts have held that the exclusionary rule, which deters police officers from engaging in illegal conduct when conducting a stop or arrest, is applicable to Florida Formal Review of License Suspension hearings, just as it is in criminal cases.

The states have not all been consistent on alcohol testing. The Supreme Court of Hawaii recently ruled that a refusal to be tested for alcohol was inadmissible because it contravened the Fourth Amendment. The U.S. Supreme Court will be making a ruling on three new cases, one from Minnesota and two from North Dakota. Each of these cases is to be tested on whether refusing to be tested without a search warrant is admissible. It is the result of their ruling that could affect all other states in the event of an appeal. So, those interested in whether the 4th amendment constitutional right against unreasonable searches and seizures is applicable to breath, blood or urine tests should be watching for the Court’s decision on this blog. 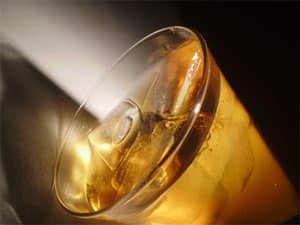 At The Law Offices Of Albert Quirantes, we distinguish ourselves from the majority of other attorneys handling DUI cases..