The Idaho Supreme Court just  ruled that the “implied consent law”, similar to the one we use in Florida, does not revoke the right of a motorist to refuse a blood test, just a breath test.
Can you believe that in Idaho, the police were forcing almost everyone stopped for DUI to submit to a blood test?
The Idaho Supreme Court earlier this month rejected the police practice of forcibly drawing blood from motorists suspected of driving under the influence of alcohol (DUI). In a 4 to 1 decision, the justices agreed that a local sheriff’s deputy should not have forced a blood test on Brant Lee Eversole after his April 16, 2011 arrest. 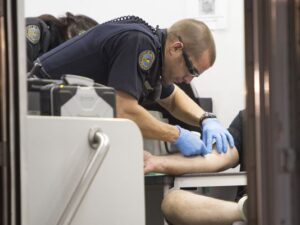 The deputy happened upon Eversole’s truck which was high-sided on a brick berm with the drive wheels lifted off the pavement. Two men were making a futile attempt to free the vehicle while Eversole waited behind the wheel.
Eversole was clearly drunk, smelling of alcohol, so the deputy asked him to take sobriety tests. After failing a few, he refused to take any more. Eversole was arrested and taken to Bingham Memorial Hospital where his blood was removed and the blood alcohol content measured at .27, or triple the legal limit.
However, in this country, the ends do not justify in the means. Just because a person was suspected of DUI and was actually drunk behind the wheel does not mean the police can get away with violating our constitutional rights. Taking blood by force from an unwilling person without probable cause for a warrant is a serious violation of our rights. 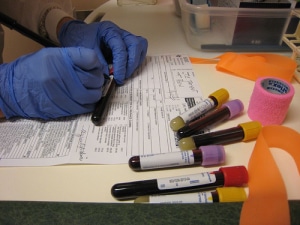 However, courts around the country keep justifying this as the,  “DUI exception to the Constitution”. This approach is dangerous and will wind up eroding the constitutional rights of all of us to be free from unreasonable searches of our houses, our bodies, our vehicles and the like.
Eversole was first convicted, but he appealed, winning last year before the state Court of Appeals. Then it was the prosecutors who appealed, asking the high court justices to re-instate the ability of police to draw blood from motorists by force! They cited Idaho’s implied consent law, which states that all motorists agree to be tested in the event that they are pulled over and accused of drunk driving.
However, the constitution trumps all laws as I have said on my YouTube videos. Legislatures vote in laws on political whims and popular emotion. However, the Constitution states for him at all times and the courts must invalidate laws that violate our constitutional freedoms and protections. Otherwise, we would have tyranny, fascism or mob rule in this country. 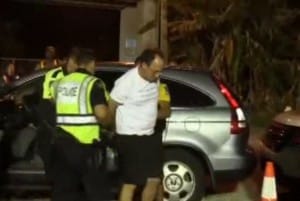 The high court refused to accept prosecutors interpretation, insisting that the Fourth Amendment requires the use of a warrant for such a search. The US Supreme Court’s ruling in a case known as McNeely, rejected the view that there were any blanket exceptions to obtaining a warrant that applies to all DUI cases. The Idaho justices applied this understanding to the state’s implied consent statute and found that it could not be considered an exception to the requirement to obtain a warrant.
“Because Eversole’s implied consent to evidentiary testing for alcohol concentration already had been revoked, the consent exception to the warrant requirement was inapplicable, unless the state proved by a preponderance of the evidence some subsequent action or statement Eversole made within a reasonable time renewing his consent to evidentiary testing,” the Supreme Court majority ruled. “The state did not do so. Therefore, the blood draw was an impermissible warrantless search, and the test results must be suppressed”. 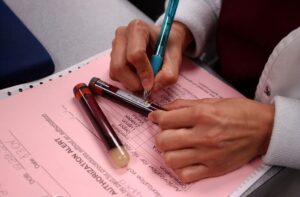 In Florida, forcible blood draws are only permitted in cases of death or serious bodily injury. Otherwise there is a search warrant requirement to obtain blood draws from hospitals. But at least a judge gets to review the probable cause for the request, and the blood draw supposedly took place at a hospital.
Let’s see if and when the police force a blood draw in a Florida case that goes up on appeal like in this case and the lawyers fight the case all the way up. We will then know whether this logic, successfully used in Idaho, will work in Florida to protect the constitutional rights of the accused.