The Driving Under the Influence (DUI) charge is a criminal traffic offense in Florida. This document is meant to better inform those charged with DUI of their options regarding the protection of their driver’s license and the available defenses in court. You need a DUI attorney who is experienced in Miami DUI Defense.

D.U.I. is a serious criminal charge which carries up to six (6) months in jail and a one (1) year driver’s license revocation for the first offense. A second conviction carries up to nine (9) months to one (1) year in jail and a mandatory five (5) years minimum driver’s license revocation, if convicted within five years of the prior conviction. The penalties are even higher for subsequent convictions.

In Florida, DUI can be either a Felony or a Misdemeanor depending on the circumstances. You may also be charged with and convicted of multiple DUI’s arising out of one incident, depending on how many “victims” there are, or how much property damage occurred. 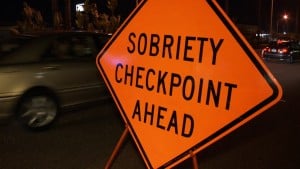 At Albert Quirantes, Esq. Criminal DUI & Ticket Lawyers, we aggressively and zealously defend those accused of DUI, Suspended License cases, Reckless Driving, accidents, and all traffic and criminal offenses. We are trial lawyers and offer a high caliber legal defense at a reasonable fee.

I am Attorney Albert M. Quirantes.

As your private DUI Defense Lawyer, my goal is to successfully defend your DUI case in court, protect your driver’s license, and keep insurance costs down.

YOU ONLY HAVE TEN (10) DAYS TO CHALLENGE YOUR CURRENT D.U.I. ADMINISTRATIVE LICENSE SUSPENSION

If your license was suspended on the spot and you did not file for a hearing within 10 days, we may still be able to help you obtain a 24 hour business or work permit drivers license for most of your suspension period. 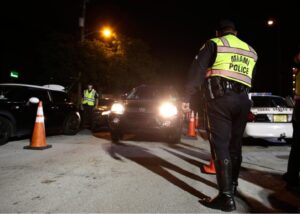 Albert Quirantes, Esq. Criminal DUI & Ticket Lawyers would like to protect your rights. Our legal fees are reasonable and based on the circumstances of each case. We understand how devastating the charge of DUI, possible jail time, and loss of license can be to a family. We care!

Act fast and protect your rights which you might be giving up if you do not hire an expert attorney immediately. If you wish to speak to a Ticket Law Center Attorney, please call our twenty-four hour line: 305-644-1800 today to set up a free, no obligation consultation.

Remember, a DUI conviction will stay on your record permanently. Don’t ignore these charges, they can become very expensive later. It’s your future. Call for your FREE consultation now.