A Palm Coast woman caused quite a stir when she broke into a fire sprinkler device and unleashed the whole of Flager County’s sprinkler system, causing alarm bells to ring.

The 23 year old woman, Breanna Ashley Smith, was arrested following an incident in Palm Coast where she was seen by a deputy bringing her vehicle to a stop well past the stop bars. It appears from news reports that the deputy observing the woman’s movements stopped her and marijuana could be smelled on her breath. She was asked to undertake a field sobriety test which she promptly failed and a breathalyzer test revealed a blood alcohol level (BAC) well over the .08 limit at .11. All this took place at 1:48 a.m.

She was bundled into a police car and taken to the Flagler County jail where she was in no mood to cooperate. It seems that she immediately got her hands on some toilet paper and embellished a surveillance camera with it as well as the incident with the sprinkler hose. 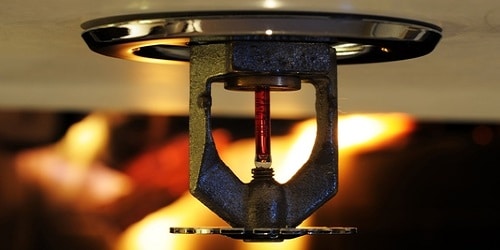 The young woman may have to think hard about what lies ahead of her in the future. She has in the eyes of Florida state prosecutors committed some serious offenses. She may get away with the officer simply smelling marijuana on her, but she is less likely to get away with the DUI charge, as she was well over the legal limit for being in actual physical control of a motor vehicle. Vandalism in the police station will not be an excusable offense either.

The current penalties in Florida for DUI will depend if the violator is a first offender or has been charged more than once. .08 is the legal limit.  However, a BAC of around 0.15 for a 1st offense could attract up to 9 months in prison and a fine of up to $2,000. A second offender could be put behind bars for up to 12 months in jail with a fine not exceeding $4,000 and a third time offender can be facing a Felony with both the prison term of up to five years and the fine.

According to 806.13 of the Florida statutes, people who vandalize another person’s property commit what is called ‘criminal mischief’ wherever the act of vandalism takes place. If the property damage is up to $200 this could be considered a 2nd degree misdemeanor which could mean up to sixty days behind bars and a six month probation period.  If the value of the property damage is higher but under $1,000, it could be classed as a 1st degree misdemeanor, attracting 12 months in jail, 12 months of probation and a fine up to $1,000. Very serious damage of $1,000 or more could lead to 5 years in a state prison. 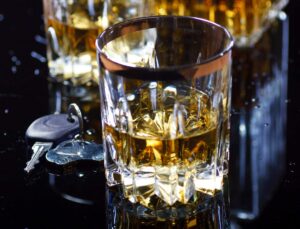 Smith will undoubtedly be going through a hard time at the moment but there were no injuries involved when she was stopped and caught for DUI. This might give a good Florida DUI defense attorney a chance at positively resolving her case. For starters, sobriety tests under the best of circumstances are known to be unreliable. Determining the state of someone caught for DUI and the results in poor night light can be difficult to prove let alone the results of breath testing that have been highly criticized because of the use of outdated and poorly maintained devices. Smith will be smart to hire the best Florida DUI Defense attorney she can afford if she wants the best shot at winning her DUI case in court.