It is one thing being caught driving the wrong way down a highway while your license is suspended, but doing it while under the influence of alcohol is a very serious matter. A Miami woman called Atenas Febres, aged 27 years, was caught by an observant police officer driving westbound in the eastbound lane of Tampa’s Fletcher Avenue in the early hours of the morning, causing two motor vehicle drivers to take action to avoid her and the possibility of a serious crash taking place.

The police officer stopped her at the traffic stop at 46th Street and Fletcher Avenue where he reportedly stated alcohol could be smelled on her breath. When tested, her blood alcohol was allegedly 0.152 and 0.156 which is almost double the legal limit of .08 but .15 or above is considered an “enhanced” legal limit for sentencing purposes in court.

Febres was being held on a $750 bond in Hillsborough County Jail. She is facing a DUI charge, driving with a suspended license and driving against traffic.

As far as Florida authorities are concerned these are very serious charges and if convicted there are severe penalties, not only fines but a possible jail term too. However, being ostracized by her community including the possibility of losing her job and not being allowed to enroll in a college course may have serious consequences for her for years to come.

The whole incident took place at night, when events out on the road often appear exaggerated. Even though Febres was caught driving the wrong way on a highway, assessing her BAC level is not that easy. Matters are made worse for the accused driver if the breath testing machines used in Florida, such as the Intoxylizer, are not checked regularly for accuracy and reliability. When this happens, these breath tests become notoriously unreliable. The best way to find out is to hire an experienced DUI lawyer.

Even the best breath test machine may come out with inaccurate results because they don’t measure actual blood alcohol content but breath alcohol. The formula used to convert the amount of alcohol in your breath to a measure of alcohol in your blood varies from person to person and according to each metabolism. Thus, the machine relies on an “average person” to judge all. This is far from proof beyond a reasonable doubt of a person’s legal limit. 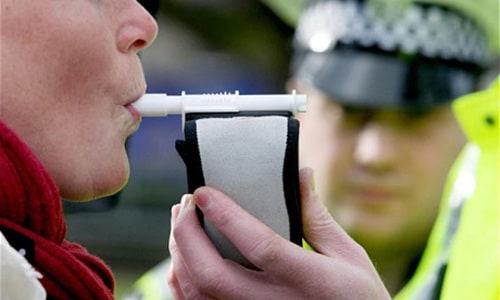 After all, alcohol in your blood is what impairs you, not alcohol in your breath. Yet, breath tests are relied on in court to prosecute drivers. So anyone who believes they have been wrongfully charged should hire an experienced Florida DUI defense attorney who will ensure breath testing equipment is being maintained and breath tests are being administered  according to the rules in their case. An experienced Miami DUI attorney can move to exclude breath, blood and urine tests or can attack them and their results if admitted in evidence.

Why attack breath tests? In a non-accident case, a first DUI conviction in Florida could mean up to 6 months in jail, but if the BAC is 0.15 or more it could be 9 months with a fine up to $2,000. Your driver’s license is likely to be suspended for a minimum of 6 months up to a year and undertaking at least 50 hours of community service is  mandatory as well as attending DUI school.

A second DUI offense attracts even higher penalties including a possible 12 months jail sentence with a minimum mandatory of ten days, a $4,000 fine and a minimum 5 year driver’s license revocation if your arrest was within five years of your last conviction. Otherwise, even if your prior DUI conviction was over 20 years ago, you’re still facing up to six months in jail and a six month to one year license suspension with no possibility of a hardship license. So, beware. 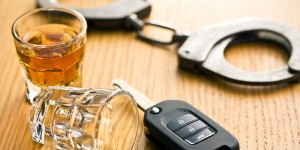 With the alleged evidence against Febres, she will need the best DUI defense lawyer she can find if she wants a chance of getting her case dismissed or reduced. She also has to handle the additional penalty of driving while license suspended DWLS, which may carry jail time and the infraction of driving the wrong way down a highway which can add points to her driving record in Florida. If you are facing a DUI prosecution in Florida, don’t go it alone. Make sure you hire the best DUI attorney you can afford. It’s a crime and it will stay on your record permanently if you are convicted.