The aviation unit at Hillsborough’s County Sheriff’s Office and its Deputies recently came across a head-turning discovery in a patch of mangroves located near Tampa followed by another interesting incident.

Undercover police officers were removing 70 mature pot plants which weighed 77lbs and had a value in street sales of at least $115,000 from close to a boat ramp on Courtney Campbell Causeway when a crash took place nearby.

The crash involved a 2007 Chevy Tahoe driven by Yasiel Martinez, aged 25 years, who it was reported rear ended one of the vehicles parked on the road which belonged to one of the Deputies investigating the pot plant discovery. It was quite unfortunate for the Chevy driver that the Deputy was seated in his vehicle at the time as it wasn’t long before the Deputy realized that Martinez was possibly impaired by alcohol.

The Deputy was quick to react as he administered two BAC tests to Martinez immediately which showed BAC readings of .144 and .143. Martinez was, as a result, charged with driving under the influence (DUI) and sent to a local jail and was set free on bail of $500. 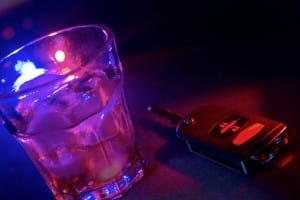 At this point in time there is no indication as to whether someone has been arrested for the pot plant find but with its alleged street value, it is quite likely it was being grown for commercial distribution which means when the growers are caught they could be imprisoned for a considerable period of time and are facing a minimum mandatory prison term in Florida. They will certainly need an aggressive Florida criminal defense attorney to see if they don’t get locked up for a long prison term.

As to the DUI case, the penalties for driving under the influence of alcohol will depend on whether it’s a first offense or if Martinez is a repeat offender. For a 1st conviction the fine could be anything between $250 and $500 dollars plus hundreds in court costs, 180 days minimum driver’s license suspension, a jail term not exceeding 6 months, 12 hours of DUI School plus counseling sessions, a 10 day vehicle impoundment and a costly FR44 high risk insurance policy for the next three years after reinstatement. This is not the only effect of getting a DUI conviction as the offenders job could be at stake and any future career aspirations may be impacted. Colleges don’t like taking on students with DUI convictions. If Martinez is not a U.S. citizen, his ability to become one will be affected.  Places like Canada will turn Americans with DUI convictions back at the border. It begs the question, “was this all necessary to begin with?”  It’s too late to worry about that now.

Martinez’s best bet now is to fight his charge by hiring an experienced Florida DUI defense attorney who will ensure every shred of evidence is scrutinized and every motion to exclude evidence is argued before any penalty is imposed. BAC testing on site is notorious for its unreliability and often very shaky if used as evidence in court. But as with any legal matters involving the police and a criminal defendant, the prosecution will take and push forward what the police produce as evidence and it’s only with the help of a competent DUI criminal defense lawyer that the Defendant stands to get a fair shake in the justice system. 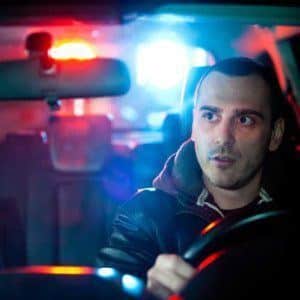