You’ve been pulled over in Miami-Dade, Broward, Palm Beach or Monroe County.  Maybe you’ve had a bit to drink.  Here’s what you should do if the police officer asks you to perform a field sobriety test.

Regardless of the tone of the cop’s voice, it is completely voluntary whether you choose to perform a “field sobriety test”—or, more accurately, a coordination pop quiz.

Yes, it’s true that your refusal to take the test could be introduced at trial against you as consciousness of guilt.  Even so, many DUI defense lawyers in Florida would recommend that you refuse a field sobriety test for three reasons. 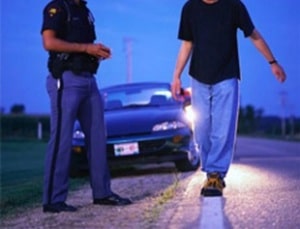 Police officers are inclined to think you’re not passing the test even if you do well.  They can be hard even under the best of circumstances, in broad daylight, when the test is correctly administered, and while you’re completely sober.  And you don’t get points for anything you do correctly; only marks against you every time the cop thinks you’ve done something wrong.

“Field Sobriety Tests: Are They Designed for Failure?” describes a Clemson University professor’s study and tells you all you need to know about how cops can view someone taking a field sobriety test.

In the study, police officers reviewed videotapes of various individuals performing field sobriety tests under ideal conditions. The people taking the FSTs? All under 55. None with any known disabilities.  None were overweight. Yet 46% of the time, cops said after viewing the tapes that the subject had “too much to drink.”

But guess what?  Not a single person performing the test had been drinking so much as a drop of alcohol!

That was with police officers who knew they were being closely observed in a study, watching tests that were perfectly administered in the best of circumstances.  What do you they’re inclined to think when they’ve pulled over drivers in Miami, Ft. Lauderdale, West Palm Beach or Key West in the middle of the night? 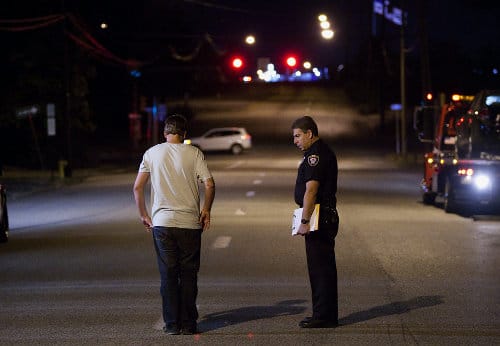 One is something called the Horizontal Gaze Nystagmus test. Here, the police officer observes your eyes by checking to see how smoothly they track an object like his finger or a small flashlight.  He’ll also check for nystagmus, an involuntary jerking of the eye when your eyes are as far to the left or to the right as you can get them, and whether any nystagmus occurs before you’re looking at a 45-degree angle.

But what if you have hypertension, have had a lot of caffeine, or are taking certain medications?

Or let’s say the cop holds the flashlight a little too closely to your face, or has you looking into oncoming traffic in the middle of the night?  You can fail even if you’re completely sober.

Here too it’s all too easy to mess up.  Start walking because you want to get this over with?  The police officer can ding you for failing to follow instructions because he did not explicitly say to start walking.

Is the testing area sloped?  You know Miami and Broward County – where is the road ever perfectly even and level? Even a minor slope can affect your balance.

What if you’re overweight, or you’re wearing high heels?  What if today was “leg day” at the gym?  There are all kinds of reasons why you could momentarily lose your balance, pause, or use your arms.  Guess what?  The cop will probably testify that it was because you were impaired.

Then there’s the One-Leg Stand.  Here, you raise one foot off the ground and hold it parallel to the ground for about 30 seconds.  It doesn’t take a Miami DUI defense attorney to tell you that, again, your shoes, your weight, or your exhaustion could easily play a role in how well you do.  And yet again, if you sway or put your foot down in for a second, then there’s more evidence that will be used against you.

There’s a reason that experienced traffic and criminal defense lawyers like to call these “dexterity calisthenics” or “coordination exercises.”  In fact, they are so misleading that the courts have ruled you can only refer to them as “ROADSIDE EXERCISES” at trial and not “TESTS”.  Performing a field sobriety test can make you feel like Steve Martin in that drunk driving test in The Man With Two Brains. 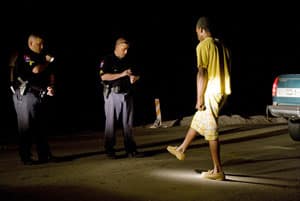 In short, field sobriety tests accomplish only two things: they are designed to (1) give a police officer probable cause to arrest you for DUI and (2) serve as a piece of evidence against you in your DUI trial.

So just say no if you’re asked to take a field sobriety test in south Florida and ask for an attorney.  There’s no reason why you want to make your case any more difficult for the knowledgeable DUI defense lawyer that you’ll call to protect your rights.

Increase your knowledge! If you want to know more about how to resolve the problems you face when charged with a DUI, criminal offense, or traffic ticket in Florida, then you can follow Miami DUI Lawyer Albert M. Quirantes – Ticket Law Center, A Criminal & DUI Defense Law Firm on Facebook, Twitter, or Google+.